Long ago i re-posted the following question relatively to my dedicated thread titled "Inductive power" of 2011 (i think), which actually got substancially edited before it was merged... 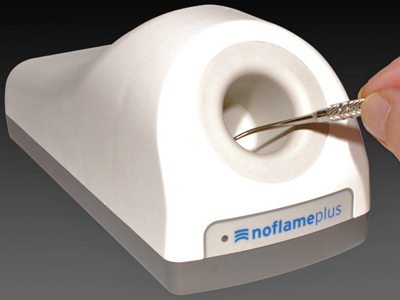 Any idea how hot the dental tools can get in this induction heater?

Then, nearly 67 months later some unsuspected update popped up on my radar indeed; it was signed Hackerman:

In any case i've noticed it still attracts the attention of vaporists, though i don't personally approve taking any risk with it operational range, which by the way reminds me we're lucky enough to have the Owner's Manual available on-line at Amann Girrbach, or right here! Saved to ensure its future posterity:

Then this most informative contribution found in FC's SJK (clone) thread, as i recall: 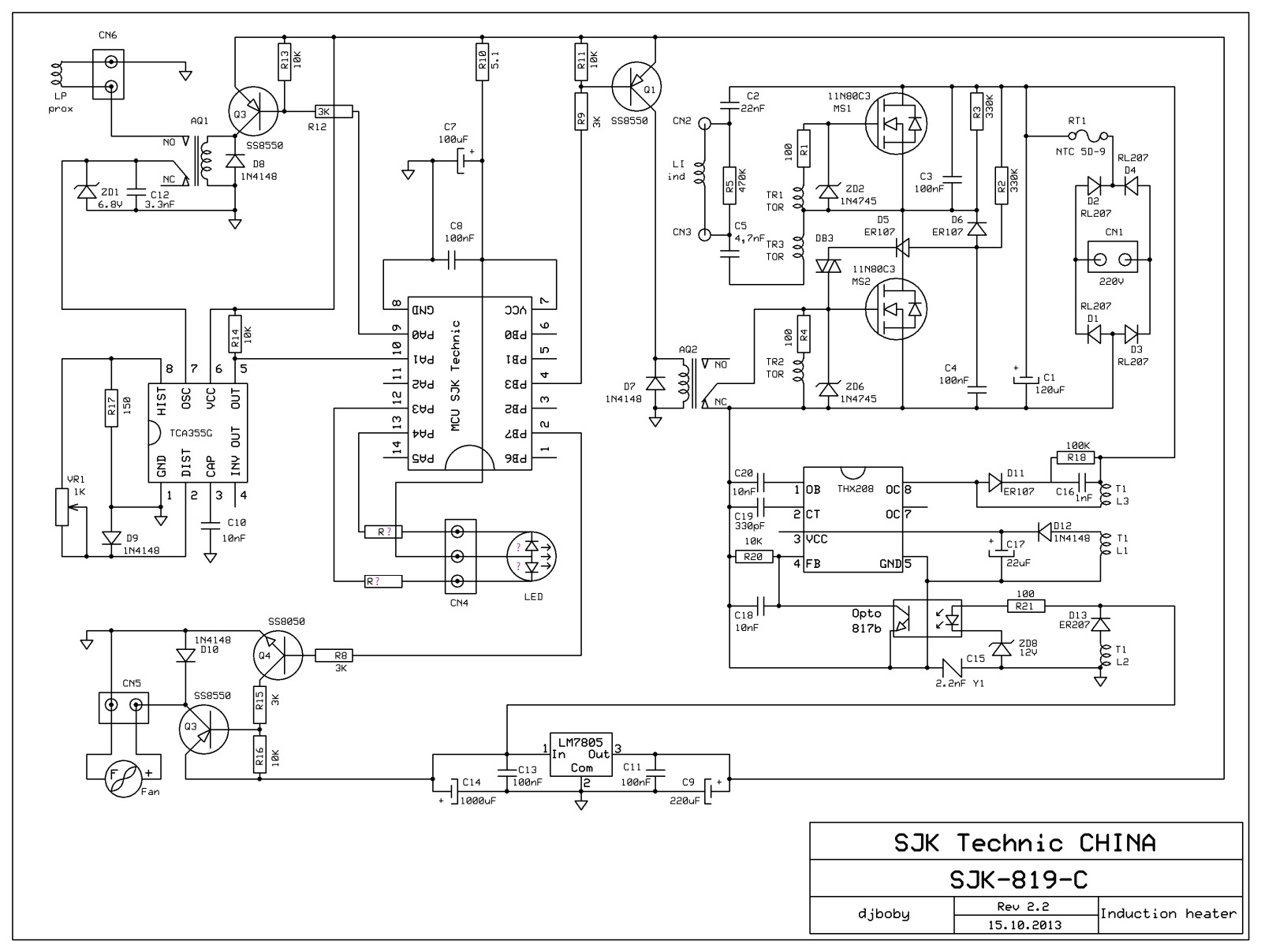 Which beautifully completed some fragmented hints obtained from LazyLathe in 2014.

Yes, it sure does, and i'd personally recommend testing it with susceptors ranging around 0.75 g - because i theorized it may suffice to generate convectice/ratiative heat vectors capable of "Releasing" (then Transporting" away from a bowl) some ~30 mg toke turned into a most satisfying cloud, especially given my strict do-more-using-less requirement.

In addition at least 1 other shape exists as well i believe: i's vertical instead.

Egzoset wrote: ↑
Fri Dec 25, 2020 6:24 am
Yes, it sure does, and i'd personally recommend testing it with susceptors ranging around 0.75 g - because i theorized it may suffice to generate convectice/ratiative heat vectors capable of "Releasing" (then Transporting" away from a bowl) some ~30 mg toke turned into a most satisfying cloud, especially given my strict do-more-using-less requirement.

In addition at least 1 other shape exists as well i believe: i's vertical instead.

Are you a Vape Rep?????
Treat people as if they were what they ought to be and you help them to become what they are capable of being.”

"Insects and disease are the symptoms of a failing crop, not the cause of it. It's not the overpowering invader we must fear but the weakened condition of the victim."

The same thought has crossed my mind as well...
In the Silence lies the Power
Top

No. And the question is boring.
Top

Back to that schematic, obtained many years after i asked about hacking ready-made commercially avilable appliances as my Salton IH cooking unit, then the "flameless" wax-knife NoFlame Plus (for dentists), actually. It only resurfaced as "SJK" once it was all practically forgotten, but IMHO it's no more a proper match for the DynaVap VC line of products which weren't originally designed for induction anyway...

There's a risk of power overload if the susceptor's mass exceeds what this product is intended to support. Abuse has been reported as blown relay contacts in the past! Not to mention such serious condition ain't being detected nor processed accordingly, e.g. by almost "pulling the plug" in that present case, so to speak. It turns out the SJK schematic clearly exposes just that: the means to "enslave" what seems to be a "Royer" power self-oscillator with one of its transistor gates literally shorted to its drain pin also connected to a reference "ground".

At 1st sight i thought the TCA355 chip (unknown at the time) synchronized this system to A.C. mains 60 Hz but no, in reality this is a magnetic "proximity" sensor getting "muted" (via brute-force shunting to ground again...) by the "MCU" chip while "listening" through it - but never when IH-powering ideally, at least i presume!

My personal preferences call for framed-sequencing with "scan" cycles, made to work somewhat like a sonar, or radar: which is to output an energy pulse at 1st before quickly switching to "sampler" (input) mode, when the IH-driver's WorkCoil transforms into a "pick-up" coil - and a selective one since it's all built around what's called a series LC "resonator".

As for the THX288 chip it's hard to tell because even today it appears Google knows nothing of it, though from the looks alone i notice an absence of "feedback" input to allow the MCU's control loop to get "closed"; instead we have "dumb" mode (as in blind) brute-force, as all the controller knows is limited to insertion/release of a light ferro-magnetic tool and associated safety timing, since it only works in short bursts (unlike my Salton IH cooker).

As a side-note the same bursting trick explains why the fan could be disconnected without apparent penalty by multiple users.

That makes sense but IMO the right thing to do is to strictly observe mass limitations or plain "hack" its circuit to double the power stage with a second pair of "MS1"/"MS2" MOSFETs. Go figure...

In any case this is still too basic in the power stage, while i'm after fully exploiting Curie alloys for core-temperature self-regulation as a way to precisely define stored energy level - and even contact-less approximative reading of lower temperatures inside that same susceptor mass. Briefly put such task makes me gamble on dual-band approaches combining 2 or 3 Curie alloys featured with DIFFERENT maximal Curie points (reference-temperatures), etc.

The NoFlame/SJK might indeed properly "inject" energy in my LAVAWand Hybrid Core (also ready for burst mode), and IH too if converted to glass i guess... Most unfortunately this proves too primitive for the ambitious goals i may have got in mind, which is to "kick" my resonator in order to verify for the presence of a Workload reflecting as a change of its magnetic properties, much in the same fashion of a monk ringing the bells: send energy in it then shut up and wait for an echo to regenerate that fundamental frequency. Which is the context where i'm relying on old memories of the NTSC (analog TV) "Chroma Burst":

8 cycles @ 3.58 MHz is all it takes to "regenerate" a master clock, all of the rest of a "video line" remaining available for tasks other than synchronization capable of supporting quadrature demodulation on top of monochromatic content, etc. (...), which of course is one major item never seen in any "free-wheeling" Royer systems to begin with. Consequently i see little value left in the NoFlame/SJK besides a convenient desk casing waiting to be refurbished while these days i've been much more stimulated by flat magnetics driven ideas, to be honest.

Perhaps DV VC owners may still want to check with others but so far it felt like they're some ambivalent consumers group and they have incompatible requirements in comparison to mine after all. The lack of suitable protection(s) is a deterrent to me i must admit.

Okaaaayyyyyyyy anyone know how to ELI5?

P.S.: The "DNA" common both to this device (or clones) and DynaVap/DiY IH-drivers is actually from Steven Ward's Self-Resonant "Solid State Tesla Coil", dating back to 1983...
Top I'm with you brother.

diary link me do
Top

ELI5 what you're talking about!