Rainbow Candy Team Reporting
This lady is going Up!!! this - ignore me, it was just why I remembered ;O) 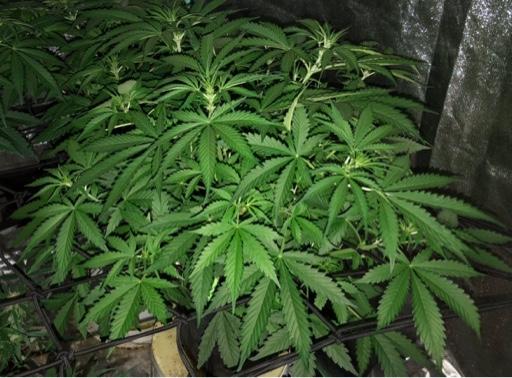 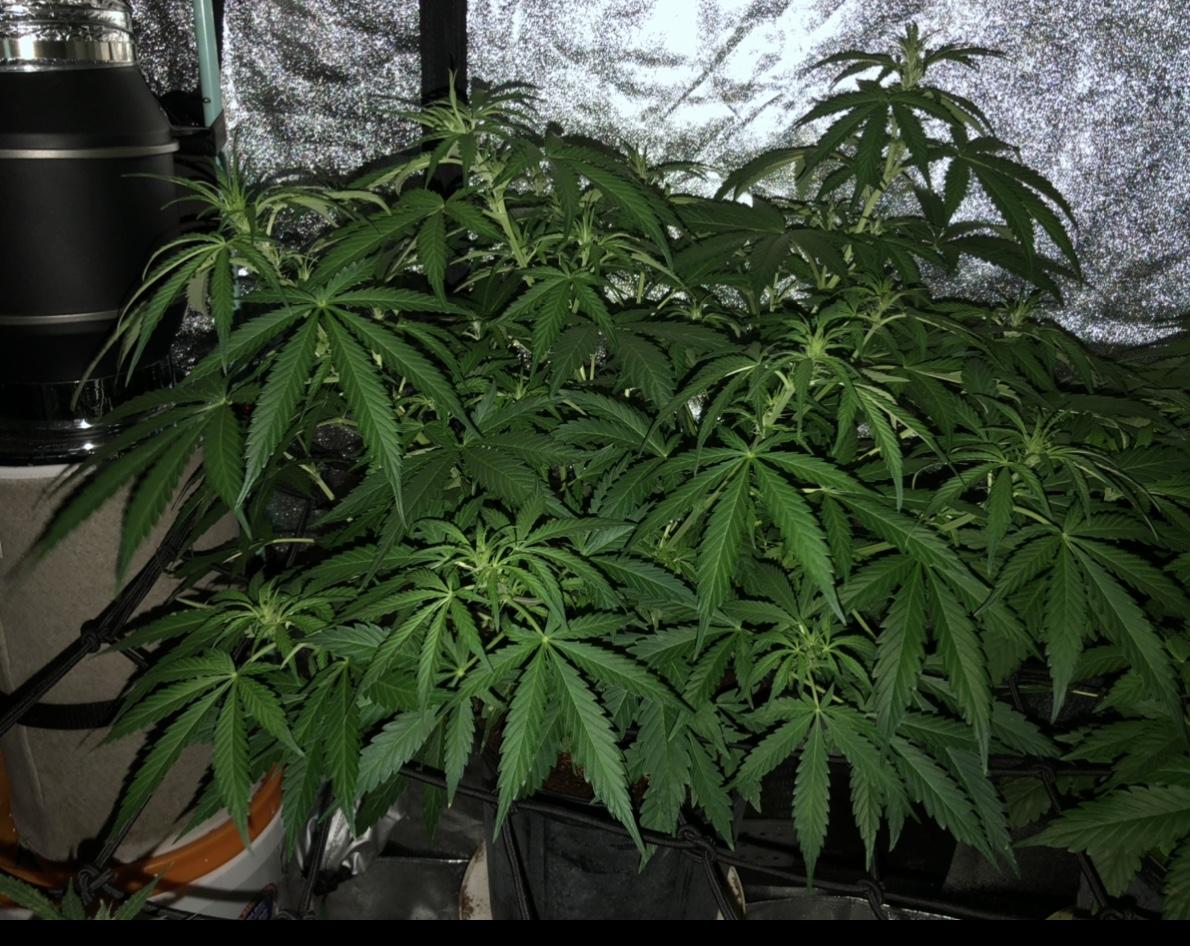 Ladies are starting to flower Very please with the progress of these 2 little monkeys , no pre flowers yet either , tents filling up , feed is still the same

Js_genetics have to catch the next grow off bro......this ones half way through i think 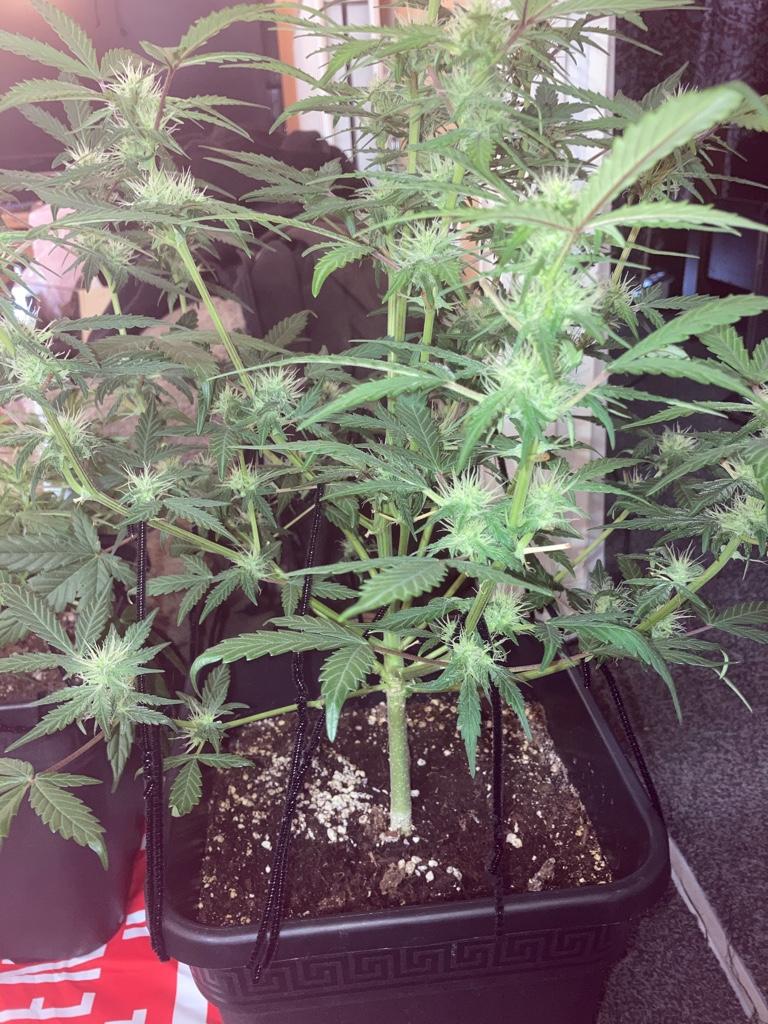 Watermelon Punch Auto stacking it on now!! She’s stinking too

Looking Good @waxjess420, she does have a nice smell to her - similar to the purple punch but not so sickly I think. Watermelon Punch Auto stacking it on now!! She’s stinking too

She has come a long way! She eventually turned out to be A real sleeping beauty! 
As always if i have missed you shout! So after a hospital stay my tent was looking close to death but with a feed and a touch of TLC there bouncing back. Sorry for not keeping stuff upto date I'll catch up over the weekend ( cant upload a pic thru tap a talk so will send one soon )

Sent from my SM-N960F using Tapatalk

Can't wait to see what these girls grow into. They are looking great!
Top

Think you missed mine
Top 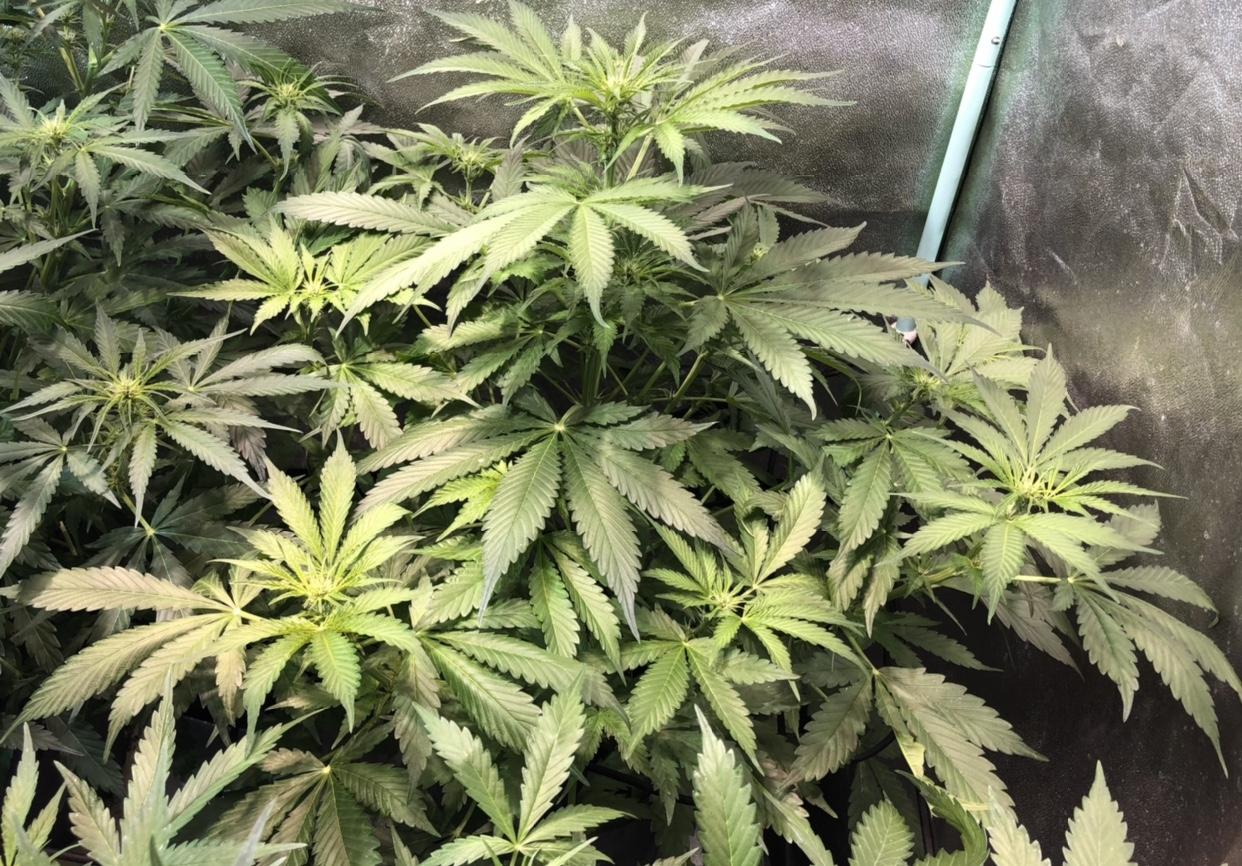 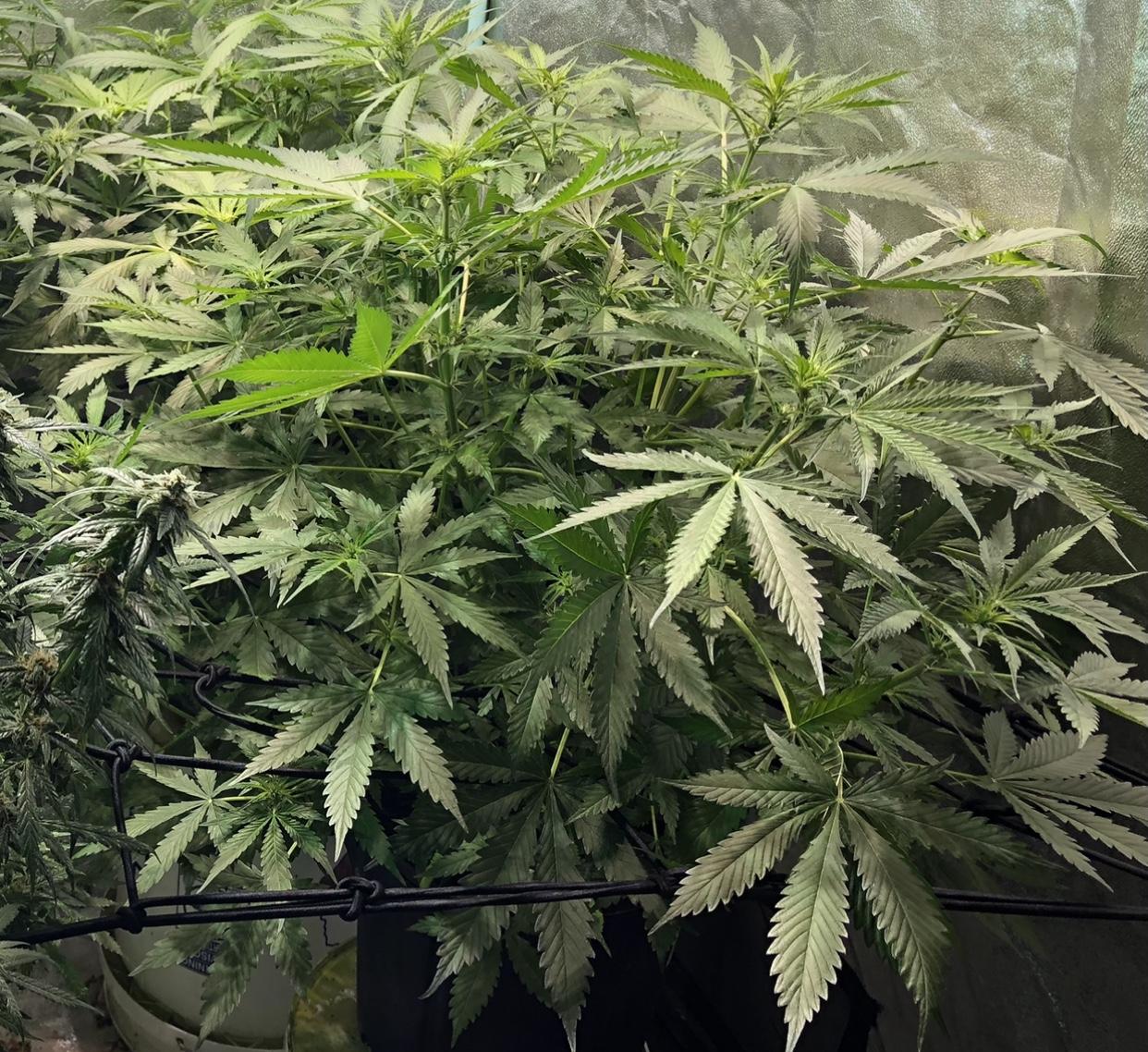 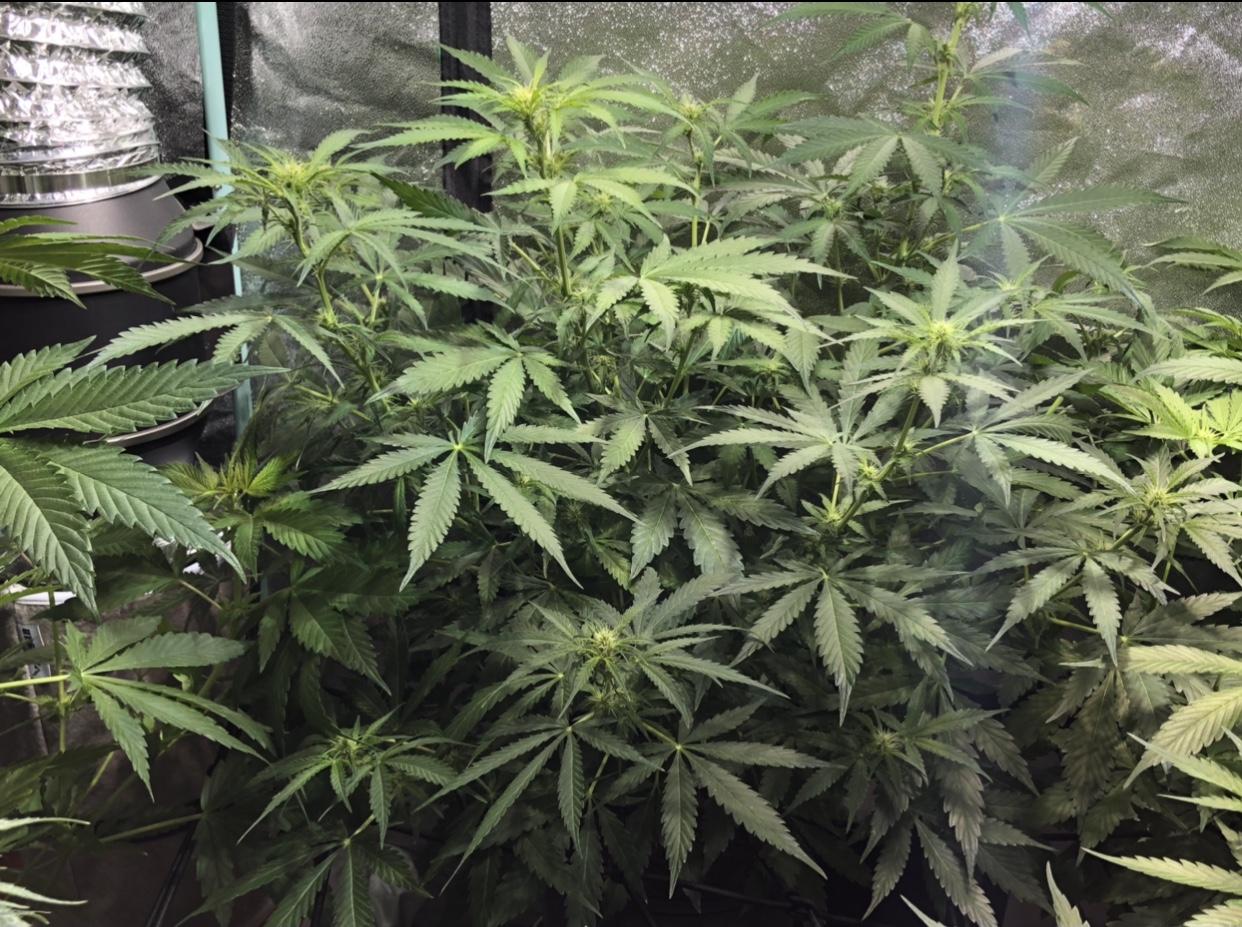 Crazy the difference in the three of them. Two where topped and trained and one wasn’t topped and only lightly trained 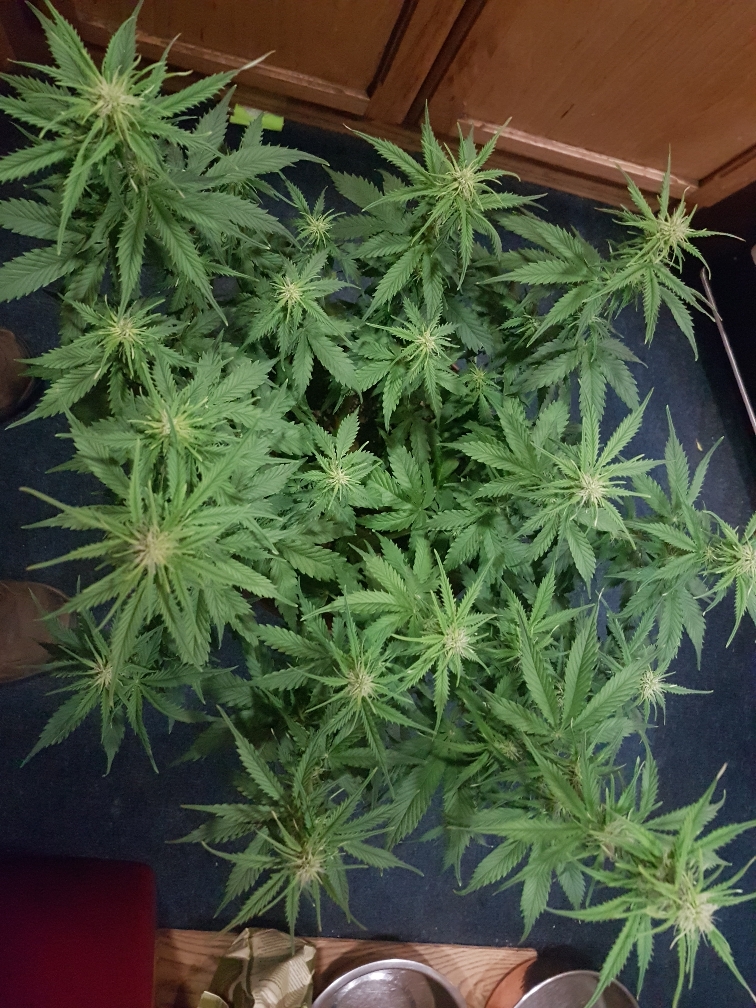 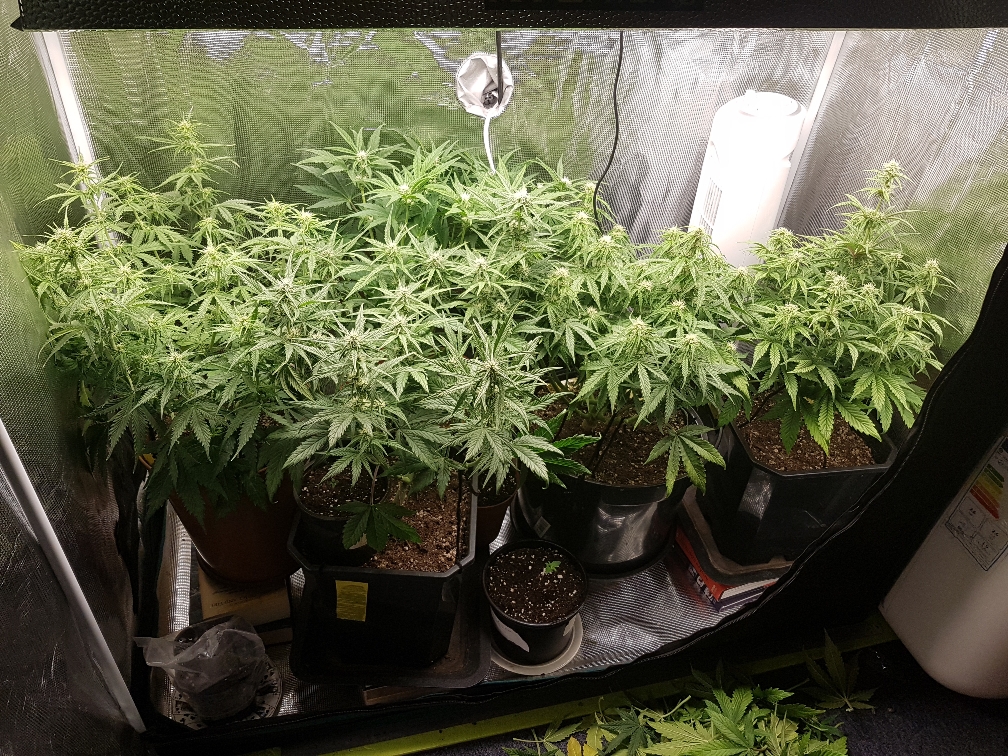 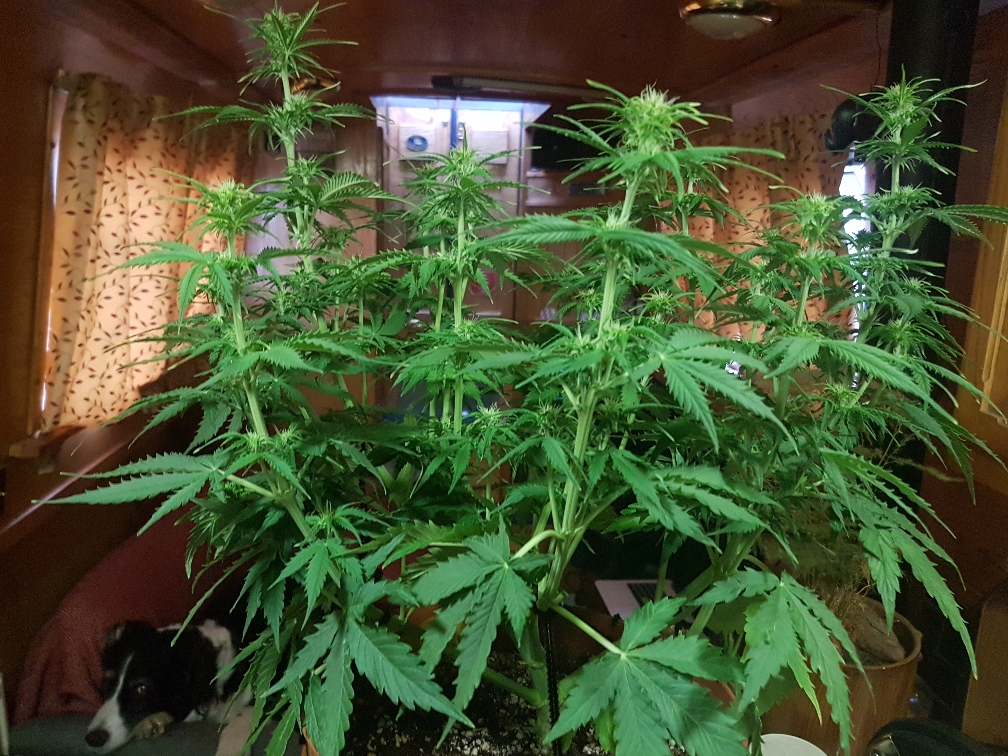 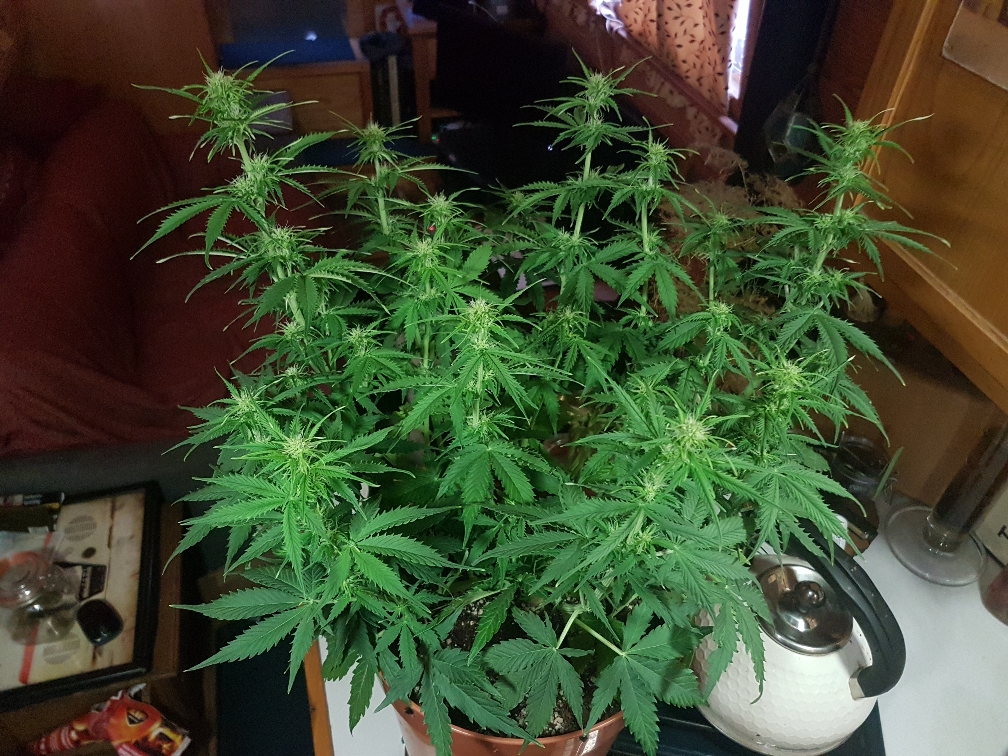 Sent from my SM-G930F using Tapatalk

I want in!
Top

Mutant Sally has started to show pistils, Crystal with crystals is in the 3 gallon and isn't showing pistils. I could say this would mean the smaller pot flowered first, leaning credibility to the notion of - when the tap root hits the bottom it starts to flower......... but the 3rd bean didn't pop, so I didn't have the one gallon to compare it against the two and the three gallon pots to see if it remained consistent. Plus this was only one test but the biggest variable is that Sally is a mutant and who knows WTF is going on with her hormones... so, I've managed to answer nothing

But they have doubled in size over the week, showing some odd coloring that looks like variegation but I blame on a cold night for the root zone and in general showing me that it is time to start with the food. Crystal plant is still winning the beauty and structure contest.

Crystal does not have pistils